Know Who You Are Calling

When you are facing a charge of domestic violence, of any variety, in Orange County or anywhere in California, your future is truly at stake and you can't afford to go unrepresented or to rely on anything less than the best possible legal representation.

Attorney Joshua Baskin and Domestic Violence Attorney are committed to providing top-tier legal advice and representation to the people of Orange County - and the bottom line is this: we win. We win consistently where other law firms often fail or where they avoid taking on the "tough cases" to begin with.

First and foremost, we seek to win a dismissal of the charge or charges against you so it will never even go to court; secondly, we fight for a full acquittal; and third, if necessary and with your full knowledge and consent only, we use our well seasoned negotiation skills to secure a beneficial plea bargain that reduces your charge, sentence, or both - or gets you into a deferred entry of judgment or other diversion program.

Who Are We at Domestic Violence Attorney?

Our mission and calling, and the passion of all our on-staff attorneys, is to provide the absolutely highest level of legal expertise and skilled criminal defense to each and every client we serve. The fact is, it is far too easy to be accused of a domestic violence crime in California, and what you're up against with experienced prosecutors, the resources of the city or the state, and (quite often) a tendency to presume the guilt of anyone accused of this class of crimes - is far too much for those unfamiliar with the legal world to handle on their own.

Our attorneys have attained a high level of education both in the classroom and in the courtroom. We combine deep-seated knowledge of the law - even down to the "legal minutia," with well-honed practical skills in navigating Orange County and L.A. Area court processes across the full gamut of relevant case-types.

Who are we at Domestic Violence Attorney? We are a dedicated team of second to none criminal defense lawyers and staff who fight tenaciously in your best interests from beginning to end, walking you one step at a time through the whole criminal defense process to a successful conclusion. We understand how common and how life-shaking it can be to suddenly find yourself facing false or exaggerated domestic violence charges, and we fight for you the way we would want to be fought for were our roles reversed.

My name is Kevin Roncevich, and I am a Private Investigator for Domestic Violence Attorney based in Orange County. In collaboration with county authorities, my work entails seeking justice for both victims and those accused of abuse within the confines of the law. In a career spanning decades, I have demonstrated selfless dedication to my clients as well as patriotic service to my country. 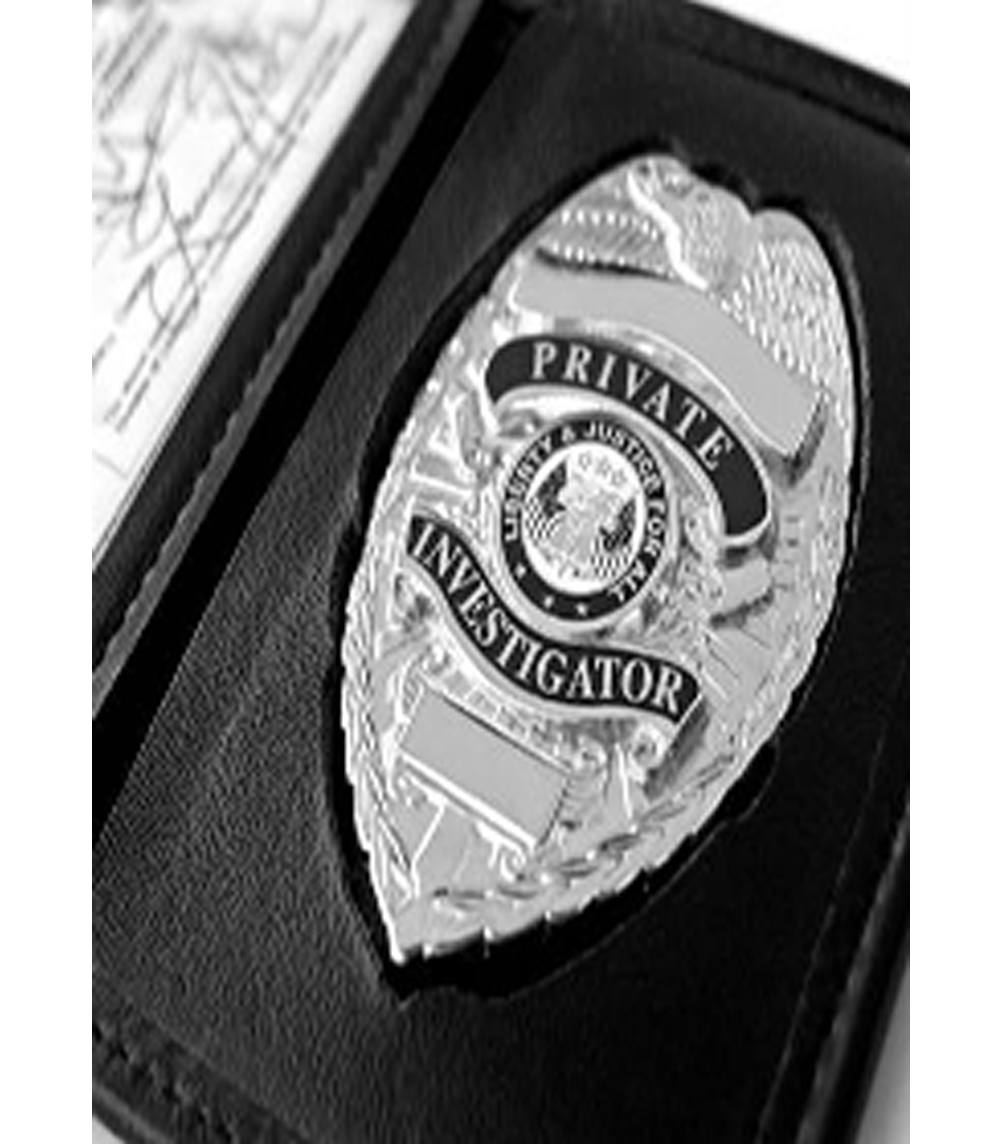 I served in the US Navy with honor from 1997 to 2001. While based at San Diego, California, I was deployed two times onboard the aircraft carrier USS Abraham Lincoln. On both occasions, I was sent to the Persian Gulf area as part of Operation Southern Watch. During my deployment in 1998, our carrier battle group-initiated Tomahawk missile attacks against two locations. The first, a pharmaceutical firm in Sudan, was suspected of aiding terror mastermind Osama Bin Laden by manufacturing chemical weapons. The second site, located in Afghanistan was Osama’s terrorist training camp. President Bill Clinton ordered these missile strikes known as Operation Infinite Reach, thirteen days after twin terrorist attacks against US embassies in the East African countries of Kenya and Tanzania. I received many awards and recognitions during my service in the United States Navy.

After serving in the United States Navy with honor, I went on to train at Golden West Police Academy, located in Huntington Beach, CA. I started my police training in November 2001 and ended in April 2002. And as a result of being the best in my class, I joined the Cypress Police Department in February 2002.

During my time as an officer at this department, I served in various capacities including patrol, training, SWAT and criminal investigations. I have nearly 2000 hours of official practice not to mention thousands of extra hours’ worth of hands-on training acquired at work. I have also taken part in and completed hundreds of hours’ worth of advanced officer training. I have listed some of them below.

PATROL OFFICER- During my stint in patrol, I ensured public safety through maintenance of order, prompt response to emergencies, enforcement of motor vehicle as well as criminal laws.

My job also entailed identifying, pursuing, and arresting suspects and criminals. I also participated in reviewing incidents with the aim of determining whether criminal acts were committed at the state or federal level or if violations of municipal city laws took place. As a patrol officer, I would regularly testify in court while presenting evidence or acting as a witness in traffic or criminal cases. I would be required to process prisoners and take care of records concerning prisoner status in the course of both booking and pre-trial procedures.

TRAINING OFFICER - I was tasked with training and evaluating new officers so they could work in a manner that exhibited qualities such as safety, skillfulness, efficiency, and professionalism. New officers were evaluated based on their performance which includes but is not limited to writing reports, knowledge about the city, understanding federal and state laws, excellent driving skills and adhering to officer safety.

MEMBER OF SWAT TEAM - During my time as a SWAT officer, I responded to numerous SWAT callouts which were initiated as a way of guaranteeing other police officers’ safety. Such situations included apprehending violent criminals, responding to hostage situations, counter-terrorism operations, and countless other events where civilians or police were in danger. As a member of the West County-based SWAT team, I also executed high-risk search and arrest warrants. My primary position on the team was that of the breacher- tasked with breaching the target building for the team to access it.

DETECTIVE/CRIMINAL INVESTIGATIONS - I spent four years as a criminal investigator. As a detective, I handled fraud cases, property crimes, and crimes against persons. I conducted routine investigations involving all crimes, seeking relevant suspects and witnesses, preserving knowledge concerning all factual stipulations, partnering with our crime lab counterparts in performing tests on samples scenes. I also worked directly in conjunction with the district attorney to prepare strong cases that would withstand jury trials. As a detective, it wasn’t uncommon for me to write search warrants, meet the DA to go over them, and meet with judges to go through and sign them. During my stint as a lead detective, I supervised a group of other detectives often composed of officers outside law enforcement such as the FBI, the Secret Service, the Department of Justice, etc. I would oversee and manage as many as 25 other law enforcers derived from various agencies.

After retiring from the Police Department of Cypress City in 2013, I registered my private security firm. In my capacity as founder and vice president, I was responsible for coming up with a comprehensive business plan that would include a thorough description of our services, how the business would be funded (financiers, creditors), business milestones as well as the overall goal.

My duties involved going through sales reports and other documents associated with the company’s financial standing. Other tasks included but were not limited to singling out problems, interpreting results using quantitative techniques, improving quality and productivity through streamlined systems and procedures. I have listed below some of my achievements as well as those of the company.

I was responsible for successfully steering the Sales and Operations divisions of the company. This resulted to over $4 million by the close of our third year, from zero revenue when we started. Part of my achievement was foreseeing a growth in sales of $5.5 million by the end of the fourth year while maintaining an impressive profit margin of 40% and 150 employees in the entire company.

I was tasked with the purchasing, deploying and maintaining 35 patrol cars that were part of our company’s fleet.

While still an owner of the private security company, I started a Private Investigations Firm in 2015. As both owner and PI, I handled criminal as well as civil defense investigations, AOE/COE investigations, Insurance, and welfare fraud and still gave expert witness testimony.

I have still managed to continue pursuing obtaining relevant professional licenses which are listed below.

8 Reasons You Should Choose Us Over the Competition

Orange County has no shortage of criminal defense firms, including firms that are willing to take on domestic violence defense cases - but if you are looking for the best possible legal defense, then your options immediately get rather narrow. We at Domestic Violence Attorney are confident you will agree with our past clients that we stand head and shoulders above the crowd and offer you a truly better service, experience, and outcome.

Here are 8 of the most important reasons why our clients keep on choosing us over "the rest:"